【学术会议】Hamilton-Jacobi Equations in the Space of Probability Measures - Why and How - Prof. Jin Feng

主题: Hamilton-Jacobi Equations in the Space of Probability Measures - Why and How

In this talk, I will give a quick overview on an emerging new class of partial differential equations - Hamilton-Jacobi in the space of probability measures.

I will use physical models involving infinite particles to motivate derivation of these equations. Along the way, I briefly reveal its mathematical essence which is equation in quotient spaces (Wasserstein space). Towards the end, I review recent efforts by others on understanding the mathematics of deep learning (e.g. learnability and theoretical thresholds for speed of learning) by formulating learning as parts of Hamilton-Jacobi theory in the space of probability measures (collective dynamics). 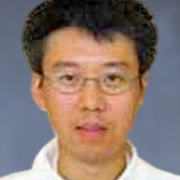 Jin Feng is currently a professor at the University of Kansas - Lawrence. He had also been an assistant professor at the University of Massachusetts - Amherst, prior to joining Kansas. He was a 1996 PhD from the University of Wisconsin - Madison. His expertise lies in several related areas: In the area of probabilistic large deviation theory, he collaborated with Thomas G. Kurtz on a Hamilton-Jacobi approach to large deviation of Markov processes. Among other successful applications, this formalism has been used by researchers to study Gibbs-Non-Gibbs transitions in non-equilibrium statistical mechanics. In the area of optimal mass transport and nonlinear PDEs, with Markos Katsoulakis and Thomas G Kurtz, they introduced the first class of Hamilton-Jacobi PDE in the space of probability measures and established a well-posed viscosity solution theory; in the beginning, the examples covered always have to have an entropy term coming from statistical mechanics applications including large deviation; Later, with Luigi Ambrosio, they discovered the right mathematical feature allowing examples in purely mechanical setting in the continuum. In the area of totally nonlinear stochastic PDEs, with David Nualart, they discovered the right stochastic Ito's analogue of Kruzkov entropy solution to stochastic scalar conservation laws; This enabled them to give the first well-posedness theory for multiplicative stochastic scalar conservation laws. In recent times, he is focused on developing a multi-scale infinite particle Hamilton-Jacobi theory aimed a variational approach to hydrodynamic limit of equations in continuum mechanics.