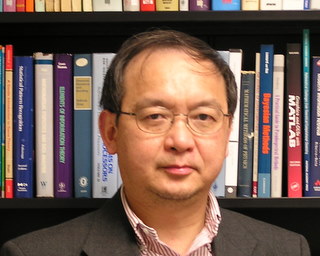 Chris H.Q. Ding studied in the research group of Professor Li Zhengdao of Columbia University, USA, and obtained a Ph.D. degree in the California Institute of Technology, Jet Power Lab, Lawrence-Berkeley National Laboratory. He joined the University of Texas at Arlington in 2007 as a tenured professor. His research areas are data mining, machine learning, information retrieval, and high performance computing. The research results were introduced and described by the Science and Nature Journal as a cover. He has done original work in the fields of low rank, dimensionality reduction, non-negative matrix factorization, spectral clustering, etc.. Besides, the concept of matrix L21 norm was first proposed by him. He has published more than 200 high-level papers which has been cited more than 41,300 times. His paper published in the IEEE TPAMI was cited 6660 times. In 2018, the world's Top 1000 computer and electronic engineering scientists ranked by H index, 71 Chinese scholars were on the list, and Chris H.Q. Ding was ranked 30.